The ecological transition and its regulatory implications are forcing us to reconsider our product lines.

Aware of the economic and technological challenges, we have worked to develop a range of lead-free brass parts, “Green Brass Innovating”, that offer several advantages:

Lead-free brass parts reduce the company’s environmental impact and can be used for a variety of applications, including in the automotive, electrical, electronics and luxury sectors…

Our fastener experts look forward to examining your plans and helping you design your parts and prepare for the world of the future! 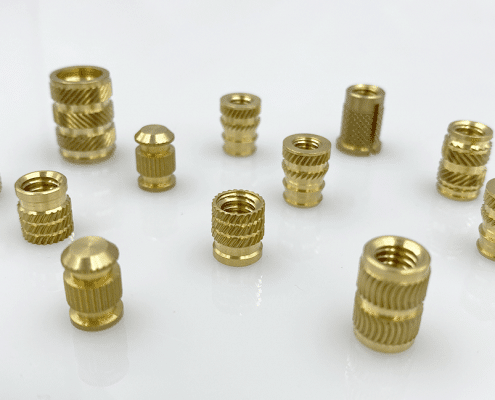 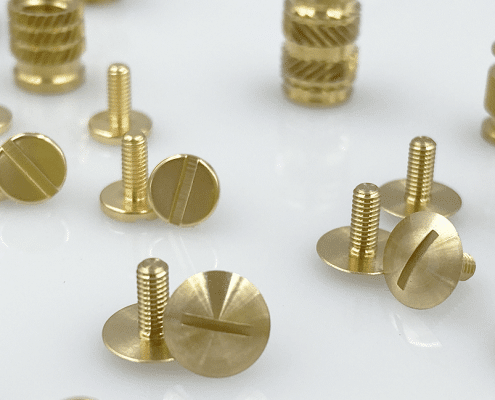 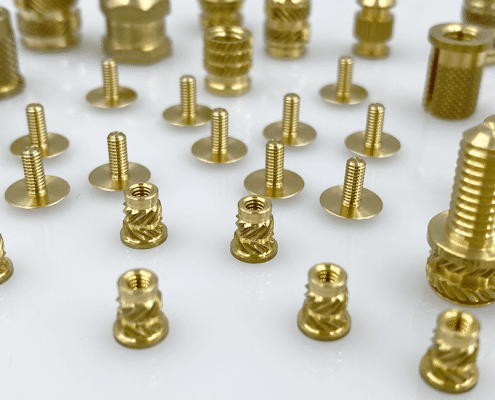 Lead: harmful to humans and the environment

Lead is known for its toxicity. In high doses, it can cause death in adults and children. It can affect blood pressure and kidney function, and can also cause nervous system disorders, even at low doses.

In addition to being toxic to humans, lead is also toxic to animals. It is therefore crucial to eliminate lead from commonly-used materials by replacing them with lead-free versions. On June 27, 2018, lead was added to the REACH list of substances of very high concern (SVHC).

In industry, although lead does offer two advantages (increased durability and protection against corrosion), it presents a hazard for sensitive ecosystems. To give one example, it was banned as an additive to gas in 2000, as emissions were accumulating at critical levels in the oceans. Today, the European REACH committee has placed lead under observation to evaluate its impact, most particularly in alloys.

It is likely that all lead-based alloys will be banned in the near future, as the REACH Committee reevaluates its derogatory authorization every 6 months. In the last few years, various processes have been developed to replace brass that contains lead.

Inserco and its partner factories: expertise tailored to your needs

Steel was initially considered, but it offers several disadvantages in comparison to brass. It requires a surface treatment to protect against corrosion, which often contains heavy metals incompatible with the underlying environmental considerations. Steel is also less suitable due to its expansion coefficient for plastics processing applications. As for stainless steels, they are also composed of controversial metals (chrome and nickel). In the 20th century, a lead-free brass was developed for its polishing properties and mirror-like appearance (C69300 Silicon Brass). It is created using silicon (silicon) instead of lead.

For a long time, this brass, sometimes referred to as bronze by purists, was reserved for confidential use in sectors where its shiny, aesthetic nature was of prime importance, such as musical instruments or the luxury market.

The method is very attractive, and the metal’s machining characteristics are very close to those of standard brass. However, it has one major drawback, which is that it is very difficult to recycle as no method has yet been developed to extract the silicon from the alloy. This makes it impossible to reuse the basic elements, but also generates a large volume of non-recyclable shavings and processing waste. After the adoption of a law in California, in 2014, banning all brass with more than 0.25% brass content in bathroom fixtures, a new alloy began to attract attention, C6801. In this alloy, lead is replaced by bismuth.

Unlike the silicon version, this material makes it necessary to adapt the machining processes (cutting height and speed).

The tools are slightly more resistant to wear. The material is recyclable, as the bismuth does not fuse with the other elements. Its shavings can therefore be reused and recycled.

“Green brass” at Inserco: the solution for your ecological and regulatory challenges.

Whether in the electrical, automotive or luxury industry, the question of lead content in the compounds of machined materials is cause for concern, as it affects on a wide variety of fields of activity. Some sectors are more affected than others, such as the medical industry, to which specific regulations apply.

We know that the addition of lead facilitates machining. Removing lead from brass results in the formation of non-homogeneous shavings, which can make it difficult to process. To solve this issue and produce optimal results, the lead-free bar turning process will largely consist of changing the cutting and machining parameters.

Inserco and its partner factories assist machining and bar turning professionals. For each project, we provide solutions to both technical challenges and economic considerations.